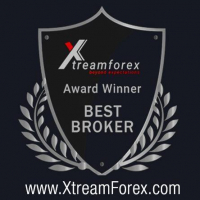 The EUR traded lower against the USD and closed at 1.1300.

The Ifo Business Climate Index reflects the current economic situation and forecasts for the next six months from the point of view of German companies. The indicator is compiled based on a survey of more than seven thousand companies. A higher than expected reading is seen as favorable for the euro quotes, while lower readings are seen as negative.

The European Central Bank's president Mario Draghi was born in 1947 in Rome, Italy. Graduated of the Massachusetts Institute of Technology (MIT), Draghi became the president of the European Central Bank in 2011. As part of his job in the Governing Council he gives press conferences in the back of how the ECB observes the current European economy. President's comments may determine positive or negative the Euro's trend in the short-term. Usually, if he shows a hawkish outlook, that is seen as positive (or bullish) for the EUR, while a dovish is seen as negative (or bearish).

The NZD traded higher against the USD and closed at 0.6877.

RBNZ Interest Rate Decision is announced by the Reserve Bank of New Zealand. If the RBNZ is hawkish about the inflationary outlook of the economy and rises the interest rates it is positive, or bullish, for the NZD.

The USD traded higher against CHF and closed at 0.9934.