BREXIT "MARKETS WILL BE SCREWED FOR SOMETIME NOW!"

Posts: 1,552 ✭✭✭✭
June 2016 edited June 2016 in Complaints
Great the English have dumped the EU and will plunge the world into economic turmoil once again! The CHINA flash crashes were not enough now we need this? Well thank Angela and her policies for immigration as the primary cause of the BREXIT as it was a singular issue non economic in nature that caused them to leave. Thanks Angela you dumb ___! When stupid is out of Germany all of Europe will do better but unfortunately the damage from this will be long lasting... Wise to be very careful in trading the next week or so as markets will be feeling the abuse of this vote for sometime to come. 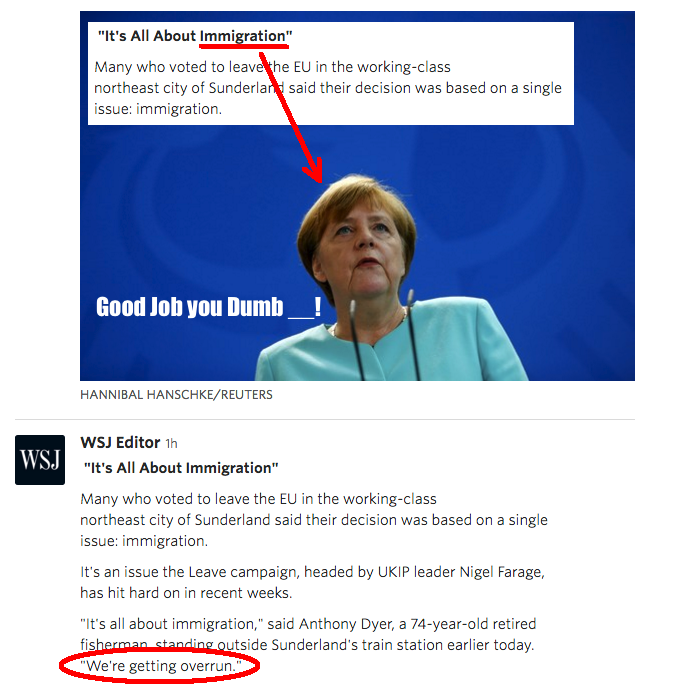