We are pleased to report Signal Hive achieved its 2nd highest month of profitability/ROI in January 2017. While Sake Turbo dominated yet again, The Knick and Pavel's rivalry reached new heights as both delivered a 2nd month of close to 70% profitability. Wave and Dive delivered profitability as well. Find out more inside and contact us for any information you require. 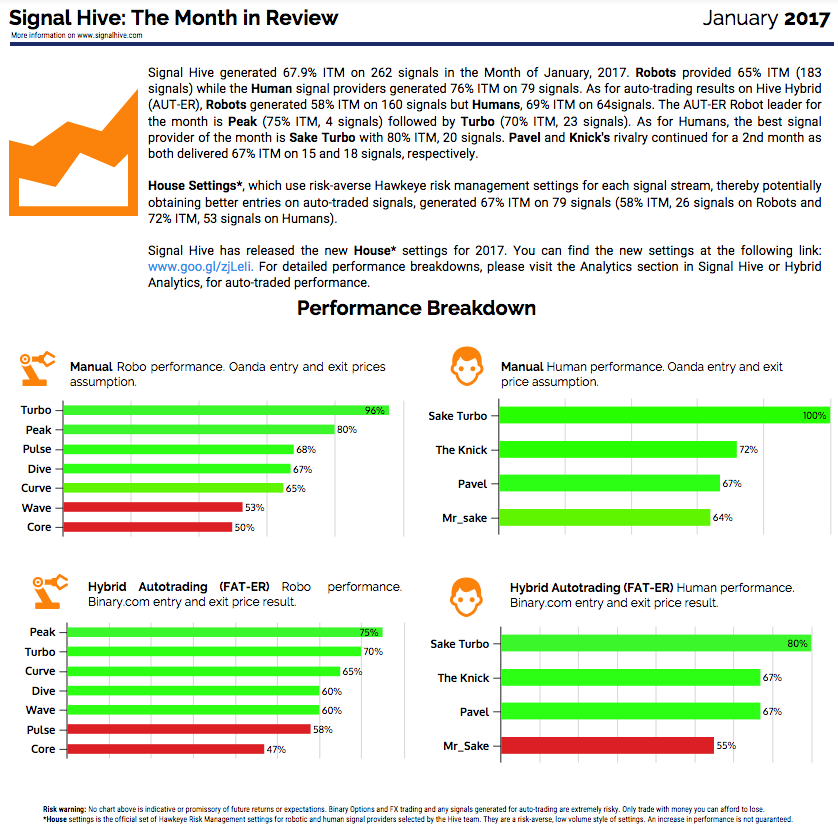