WELL, START BY STAYING AWAY FROM myCHARGEBACK, THEY ARE AS BIG A SCAM AS THE BINARY OPTIONS WEBSITES...

How can I open up a demo account first to see how everything works, and in order to get use to the platform?

Re: Have I chosen a right broker or not?

The following tips can help you pick the right Forex broker:

1. Make sure the broker you choose is regulated by checking the website and reviews.
2. Make sure both the deposit and withdrawal options are convenient and reliable for your country standards.
3. Take your time to look through the account types that the broker offers, and decide if any are suited to your experience and capital.
4. Check out the trading conditions of the Broker
5. It is crucial to have a solid Forex education before you open your first trade if you want to succeed in Forex trading.
You can conclude the quality of a broker by checking their demo account, which is a trial account that does not require a deposit but allows you to check the broker’s platform and services before opening a real account. GOOD LUCK!

Re: Have I chosen a right broker or not?

you are an absolute idiot if you are looking for investment help here for that kind of money. Call an acutal real money manager that you can see face to face in person who has a license in your country to operate as an investment advisor .

Re: How do you feel about cryptocurrency trading?

yes, but carefully, and only buy when the market is down, way down, else you will spend a lot of your time in the red

What learning resources do you recommend for aspiring traders?

I am new to the world of investing and trading in the stock market and have no knowledge whatsoever. Please provide some good free guides 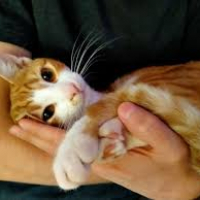 If you know Henry Jones (owner) or Jack Miller (account manager) you should turn them in to the authorities. There's probably a monetary reward. I would say that he is the worst owner ever, but it’s not a real website (flawlesstrades.com) That’s why it was taken down by the Public Domain Registry for fraud. His monkey Jack Miller is the worst account manger ever, but then again, it’s not a real company. They are cons that one day will be cons. Henry called me in the middle of the night and told me my account manager Jack was fired for embezzlement and to work with the IMF, who in turn told me to report them to the FBI. They also have multiple complaints filed against them with the SEC. They signed a legal document and still didn’t pay. They are thieves and liars. They have lied so many times. STAY FAR AWAY!!!

If you are the authorities and are reading this, you should throw them in jail where they belong. If not, they will just open more sites and steal more money. 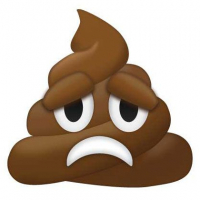 Re: FRAUDS AND SCAMMERS!

Binarycent.com is also a scamming broker. If you make profits, and try to withdraw the profits, they will block your account, send back the deposit (if you're lucky) and refuse to pay the profits.

I would like to report Super Autobinary Trade as a scamming company that sends fraudulent checks and does not honor they're contract.